Round Up At The Roundhouse From The NM GOP

WHAT’S HAPPENING IN THE LEGISLATURE

Last night New Mexicans’ Constitutional rights were snatched from them as the House passed the Red Flag bill by a vote of 39-31. This bill, which would allow authorities to confiscate firearms if they felt a homeowner was a threat to himself or others, was ramrodded through the Roundhouse with little thought regarding peoples’ 2nd Amendment rights, due process or search and seizure. It was a gun grab. The legislation was fast-tracked and progressive Democrats failed to consider sending this bill to the Judiciary Committee even though so may legal and Constitutional questions were raised.

“Democrat Daymon Ely (Bernalillo) admitted in debate that ‘this bill will infringe on New Mexicans constitutional rights,’ and we certainly agree,” said House Minority Leader Jim Townsend. The Governor is going to be taking firearms from people who have not committed a crime, and they will be forced to prove themselves to be innocent.”

The bill heads to the governor’s desk.

During the vote, House Republicans held up constitutions in a show of support: 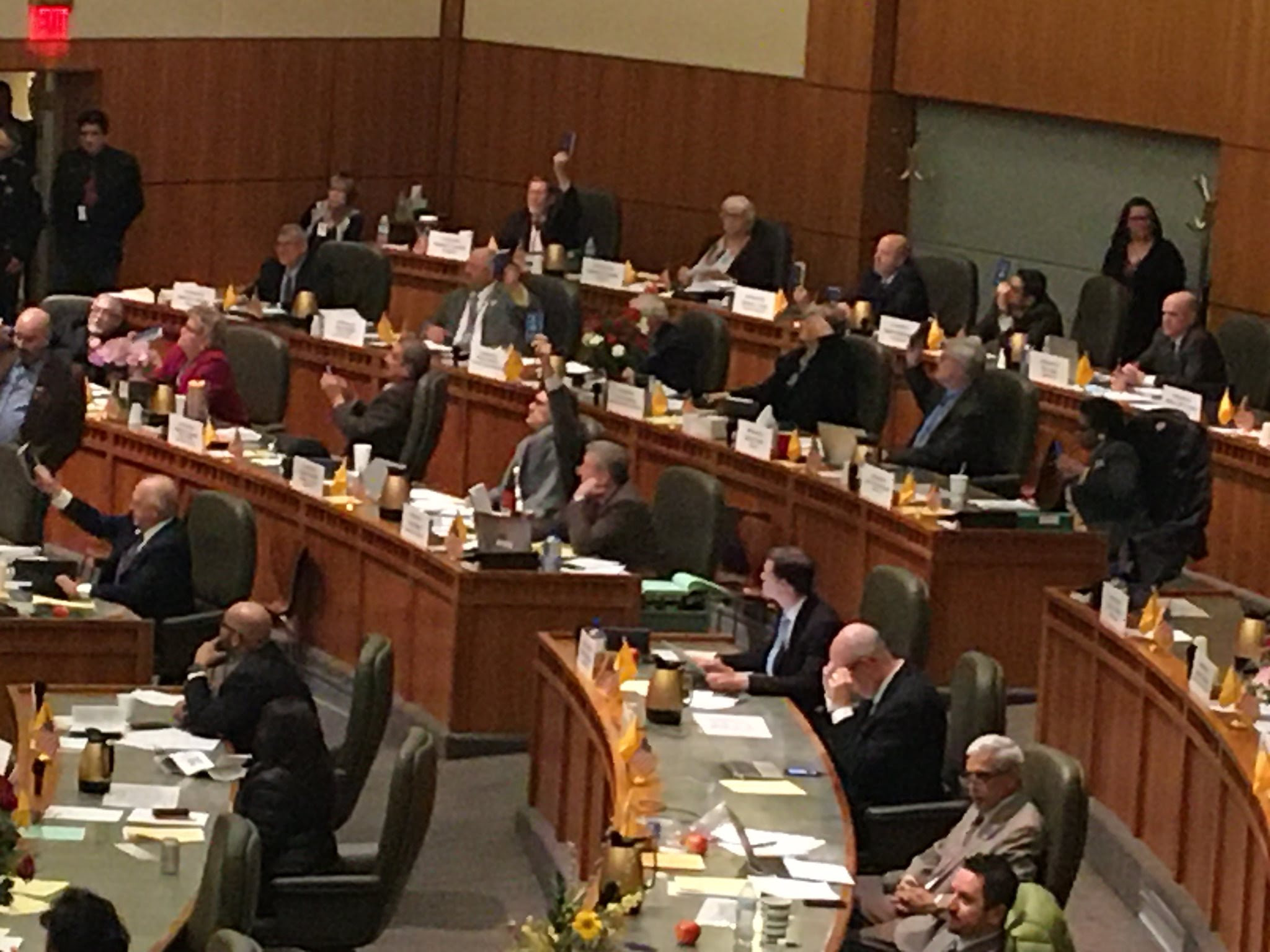 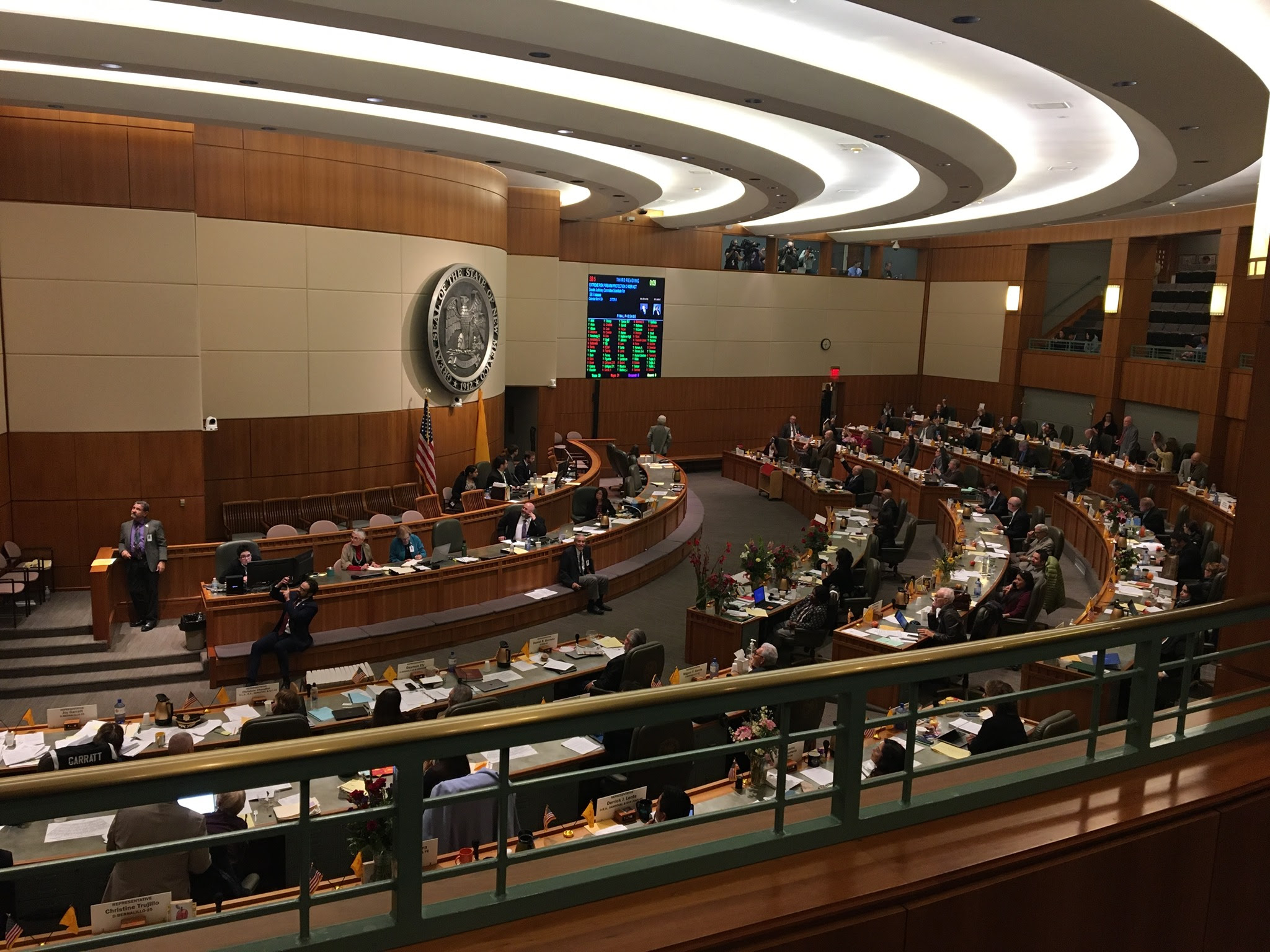 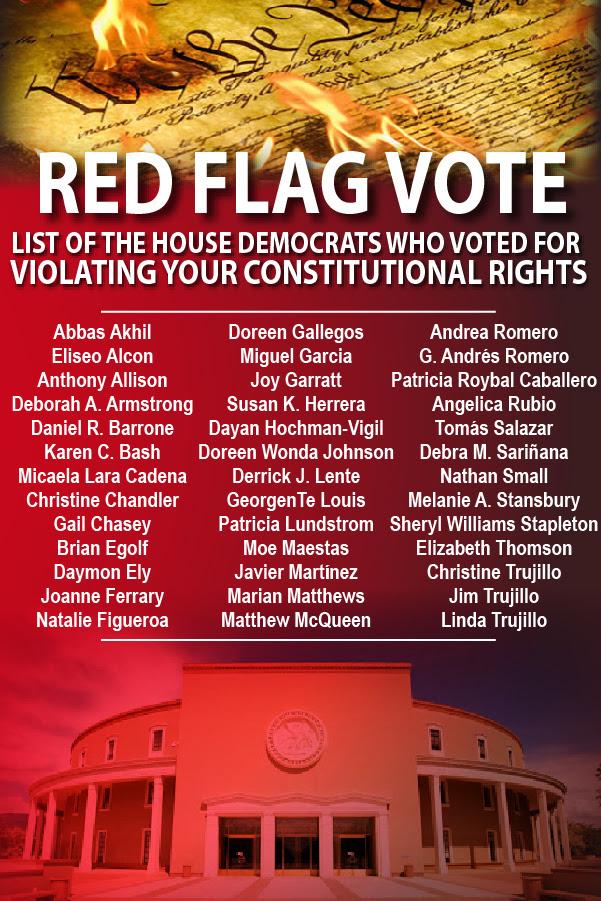 2.  SUPPORT THE PENSION REFORM BILL WHICH WILL FIX OUR SYSTEM AND SAVE TAXPAYERS BIG BUCKS

The House Appropriations and Finance Committee is scheduled to take up SB72, the pension reform legislation.

We want to alert you about a correction regarding SB 72, the pension reform bill. A misinterpretation of the bill had made it seem we are against it. We are not. We wholeheartedly support this legislation which will make our pension system solvent into the future. This bill will ensure that pension obligations are met. Over 25 years, this bill will move PERA from 69% funded today to an estimated 97%. The state’s market-based fiscally sound investments will ensure that pensions are paid because cost of living adjustments are well above the rate of inflation. The bill will also protect the poorest, disabled and oldest retirees and will mean New Mexico taxpayers will not have to foot the bill for the current $6 billion unfunded liability.

3. BUDGET BLUES SUGGEST STATE COULD BE IN THE RED

It appears the progressive Democrats’ spending spree has taken its toll. According to the latest Legislative Finance Committee report on the House-approved version of the state budget, the spending plan has appropriated more than $8.1 billion and projects $7.9 billion in revenues.

The financial summary makes clear that the state’s operating reserve will be $94 million in the red, creating a potential constitutional crisis and leaving the state in a dangerous budget position given New Mexico’s undiversified economy.

“It feels like we are repeating ourselves by drawing attention to the budget issues. It is easy to dole out cash as a lawmaker in good years, but it is excruciating to cut funds once the crisis arises,” said House Minority Leader Jim Townsend. “We owe it to every New Mexican to responsibly budget and spend wisely in the best interest of our state’s future.”

The current budget proposal would bring two-year spending increases to 20% in more spending since the previous administration. The mad dash to spend the surplus dollars has lawmakers dipping into reserve funds to the tune of $242 million to fund their commitments.

“I foresee an interesting debate between the Democrats who control state government– they all are grabbing for cash and despite oil and gas giving providing them an abundance of new money they still are over-spending,” said House Minority Whip Rod Montoya “I am terrified of what the Democrats will do once those dollars go away when they accomplish destroying the industry funding our state.” 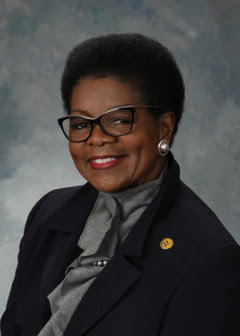 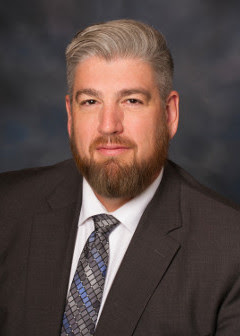 Sen. Mark Moores lives in Albuquerque and represents Bernalillo County. Sen. Moores has been in the Senate since 2013.

For more information about bills, lawmakers and happenings at the Roundhouse,
go to the New Mexico Legislature website.